Digital printing refers to methods of printing from a digital-based image directly to a variety of media.[1] It usually refers to professional printing where small-run jobs from desktop publishing and other digital sources are printed using large-format and/or high-volume laser or inkjet printers. Digital printing has a higher cost per page than more traditional offset printing methods, but this price is usually offset by avoiding the cost of all the technical steps required to make printing plates. It also allows for on-demand printing, short turnaround time, and even a modification of the image (variable data) used for each impression.[2] The savings in labor and the ever-increasing capability of digital presses means that digital printing is reaching the point where it can match or supersede offset printing technology’s ability to produce larger print runs of several thousand sheets at a low price.[3] 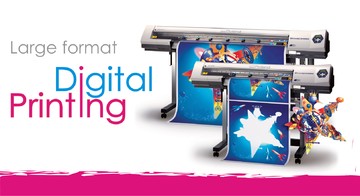 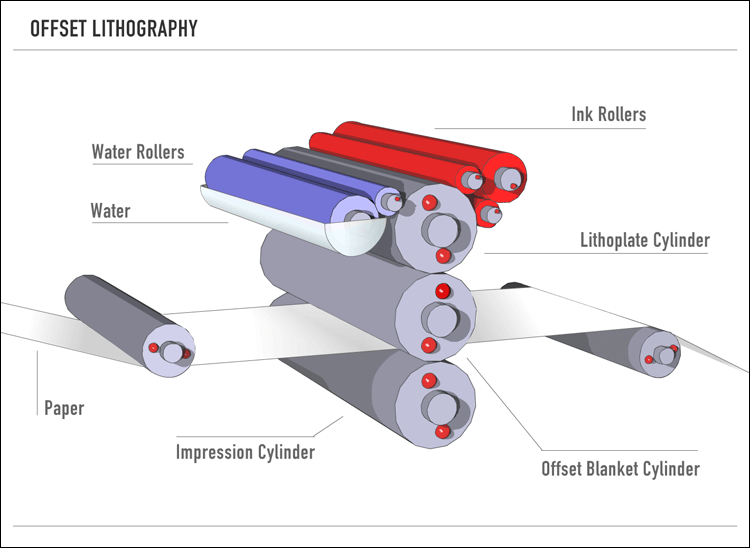 Offset printing is a commonly used printing technique in which the inked image is transferred (or “offset”) from a plate to a rubber blanket, then to the printing surface. When used in combination with the lithographic process, which is based on the repulsion of oil and water, the offset technique employs a flat (planographic) image carrier on which the image to be printed obtains ink from ink rollers, while the non-printing area attracts a water-based film (called “fountain solution”), keeping the non-printing areas ink-free. The modern “web” process feeds a large reel of paper through a large press machine in several parts, typically for several metres, which then prints continuously as the paper is fed through.

Development of the offset press came in two versions: in 1875 by Robert Barclay of England for printing on tin, and in 1904 by Ira Washington Rubel of the United States for printing on paper.[1] 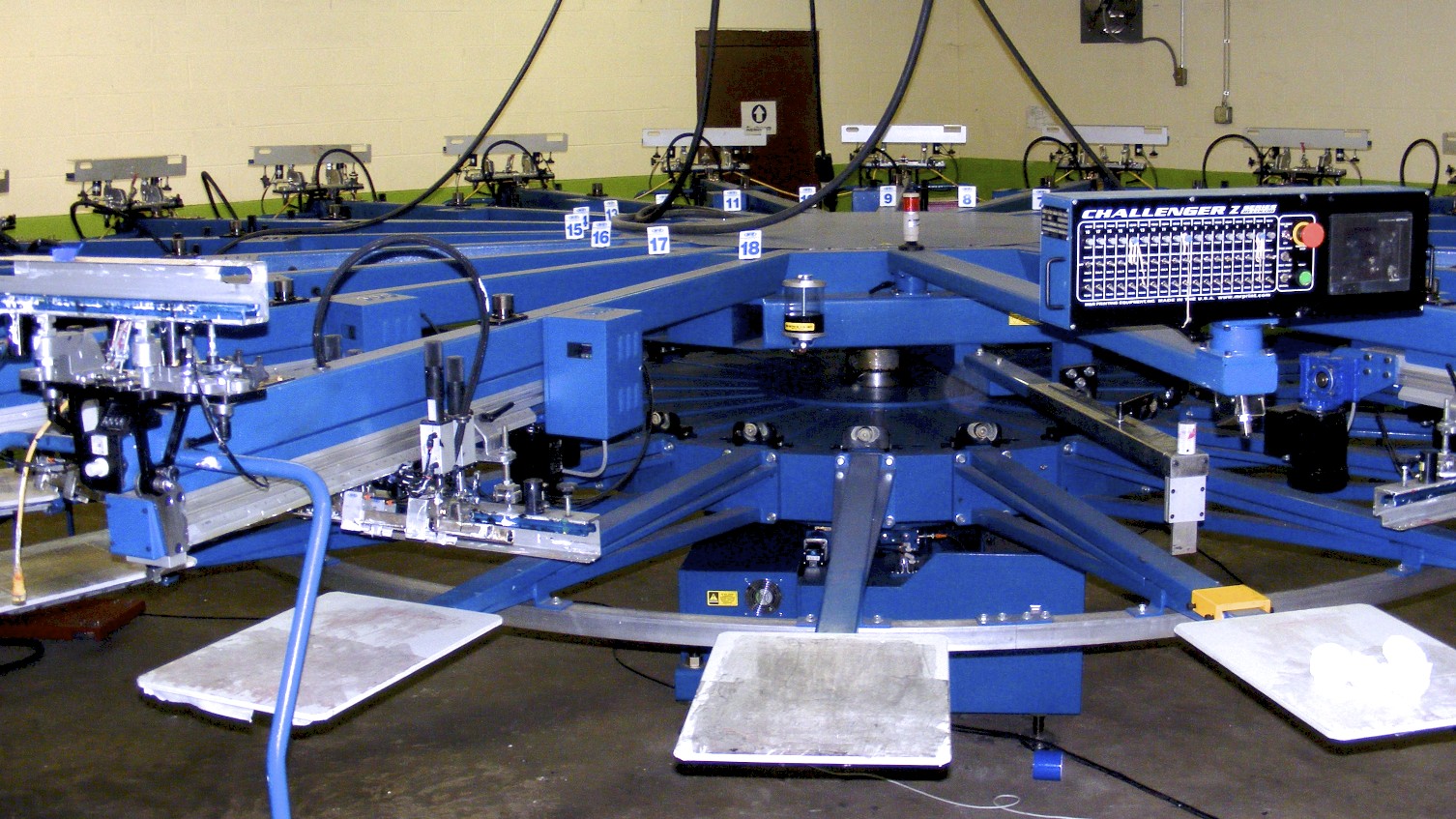 Letterpress printing is a technique of relief printing using a printing press, a process by which many copies are produced by repeated direct impression of an inked, raised surface against sheets or a continuous roll of paper.[1] A worker composes and locks movable type into the “bed” or “chase” of a press, inks it, and presses paper against it to transfer the ink from the type which creates an impression on the pa